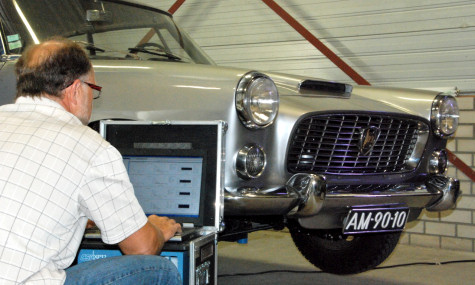 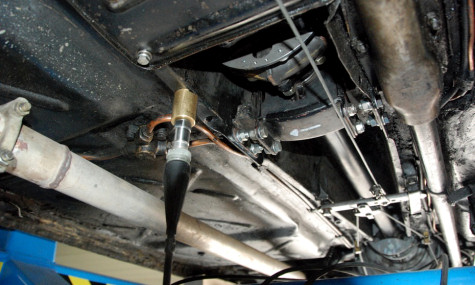 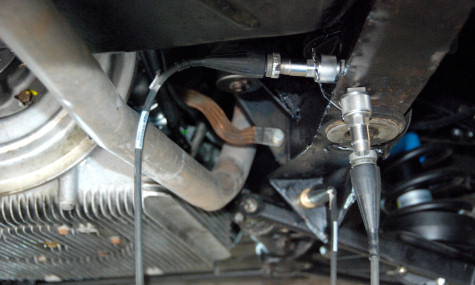 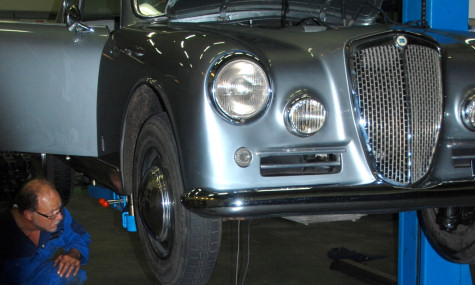 Classic cars shine, they amaze and they literally draw attention. They give satisfaction and driving pleasure. On the other hand they sometimes leak oil, have their own strange manual and sometimes annoying behavior which you will have to learn to live with. Every brand and model has them in one way or another. That’s a downside. In some exceptional cases someone, who can offer a solution for these lingering and seemingly unsolvable problems, will arise. Recently, such a unique solver was found in the small Dutch town Empel.

Since 1987 Joop van Geffen operates in the world of vibration and balance technology. Passion, excellent service and a thorough knowledge of his field of expertise brought him and his company to the far edges of the globe to ensure that machines are balanced and are working free of vibrations. ‘We provide solutions where others fail’ is his credo. This suits him well, Joop van Geffen likes to face his problems head on. His extensive experiences with vibration problems have turned this level-headed man into a ‘sensitive’ man as well. Expert knowledge is mandatory of course, but a complete and lasting solution of a problem often requires an old fashioned instinct or 'Gut feeling'.

Perfectionism is not only know to the modern technology, but the quest for perfection was already going on in the automotive world from the early fifties. Besides a good looking car it had to be a powerful car that handles well. In order to gain this excellent handling the engine and gearbox were separated from each other. This separation led to an optimum weight distribution and handling properties. It is remarkable how many exclusive brands chose for this system. Searching the internet for TRANSAXLE and looking on Wikipedia quickly finds the brands like Porsche, Lancia, Alfa Romeo, Ferrari and Aston Martin to name a few. But also the Škoda Popular and the Škoda Rapid for the forties pop up in the list. The system worked and still works well, regarding the fact that it is still applied on several Mercedes, Porsche and Lexus models.

Also Lancia applied this system successfully for many years. Classic car enthusiasts were however less pleased with this choice. After replacing the couplings plates, the cars never returned to their original state. This job requires removing the long driving shaft between the engine and the gearbox, together with this removal the balance of the shaft is affected as well. Lancia enthusiasts and other TRANSAXLE 'victims' had to live with their vibrating cars. It seemed to be that no specialist was able to solve the problem. Weights were applied to the shaft but the vibration never disappeared. A few Lancia enthusiasts didn't want to give up and started their own quest along many balance shops and specialists.

In this quest Van Geffen wasn't skipped. At first Joop van Geffen was not that attracted to work on the fourwheelers, but the determined Lancia owners succeeded in persuading Van Geffen with an attractive challenge. 'This challenge appealed to me' are the words from Van Geffen. 'On top of that it seemed, with regard to my pre-pension, a good idea to rearrange my thoughts. This is why I was persuaded.'

The matter was for Joop van Geffen certainly not new, but the machine was. 'Imbalance and vibrations originate in a centrifugal force', teaches van Joop van Geffen. 'You can determine the cause but that isn't the same as having a solution. You have to consider the drive shaft as just a part of the whole machine train.' When speaking to Joop van Geffen you will quickly end up in a lecture about resonances, vibrations and derived values. However his findings are remarkable at the least.

In many cases the drive shaft doesn’t follow a straight line and is guided and supported. The shaft is supported in bearings and rubber rings (Hardy disks) form a flexible connection together with the silent blocks. 'For an optimal result, a good basis is required.' Thus van Geffen. 'We recommend to replace these bearings and disks. This isn't absolute mandatory but the end result could also be less satisfying.'

Typically Joop will start with a short drive. 'I have to feel what the driver feels. In many cases the whole cardan will shake between 2500 and 3200 rpm. Don't forget that the driveshaft of a TRANSAXLE vehicle has the same rotational speed as the crankshaft of the engine. After a usually shaky ride, the car is lifted. At this point I will place various sensors on the bottom of the car and start my vibration investigation. With the vibration analysis I can locate the source of the vibration and determine where I have to place the weights.' Remarkable is that Joop van Geffen stretches the point that it is not possible to operate according a fixed pattern. Vibrations and imbalances depend on the whole construction and can occur at different locations. This is why experience and 'Gut feeling' are an important part of his balance technology. Because every construction is different it is not possible for Van Geffen to deliver a ready-made solution. 'Every individual car is different. According to 'the master' a deviation from a tenth of a gram could lead to high vibrations and have a negative influence on the driving pleasure.' He shortly refers to the resonances of the Erasmus bridge in Rotterdam. This is also why he cannot offer a fixed repair time. Normally he finishes the job within one day.

All this is shocking and good news for all those classic car enthusiasts with a TRANSAXLE transmission. Meanwhile various people have made use of his services and to their full satisfaction of the results. 'We even have received some quite emotional expressions of gratitude.' So we've heard. Not only from the Netherlands we received positive reactions but also internationally we are getting attention. For the people abroad the bad news is that Joop van Geffen can and will only perform the balancing on the car itself. The good news is that Joop has mobile balancing equipment.